Jordan and Roxanne have been dating for a while now. Jordan is a Service Quality Director with Thera (Scotland). Prior to that he was a Consultant for Values Into Action Scotland and he and Roxanne met at The Life I Want. This is coordinated by VIAS and is the first person led Public Social Partnership in Scotland. Roxanne is part of the relationships work stream. The group look at important topics about relationships for people with learning disabilities or autism. Their eyes met across the meeting room and the rest, as they say, is history! Their first date was a trip to Largs. They like to eat out but more often they go to the cinema. Roxanne usually decides which film they will see so it is fair to say that Jordan has seen more than his share of romantic comedies!! Jordan and Roxanne have already holidayed in Spain and are planning future trips abroad together. As for their plans for the future, they are staying tight lipped. For now they say, they are just enjoying each other’s company.

Jonathan moved into his own flat in February 2017. Before that he shared a house and support with another man but they didn’t have very much in common. Jonathan’s family spent a long time finding the right house in the right area for Jonathan and even longer finding the right support team for him. Jonathan lives in a quiet cul de sac in a leafy part of East Renfrewshire. He loves music, socialising and taking trips out in the car in his local community and beyond. He has been going to various groups and events in his local area since moving there and is starting to build up a good network of friends. Jonathan doesn’t use verbal communication but he tells us what he likes and doesn’t in other ways. The first time he went to view his house, his family knew that it was the place for him and the day he moved in you’d have thought he had lived there for twenty years. We are still at the beginning of this new and exciting chapter in Jonathan’s life but everything is certainly moving in the right direction for him.

“We are still at the beginning of this new and exciting chapter in Jonathan’s life but everything is certainly moving in the right direction for him.” 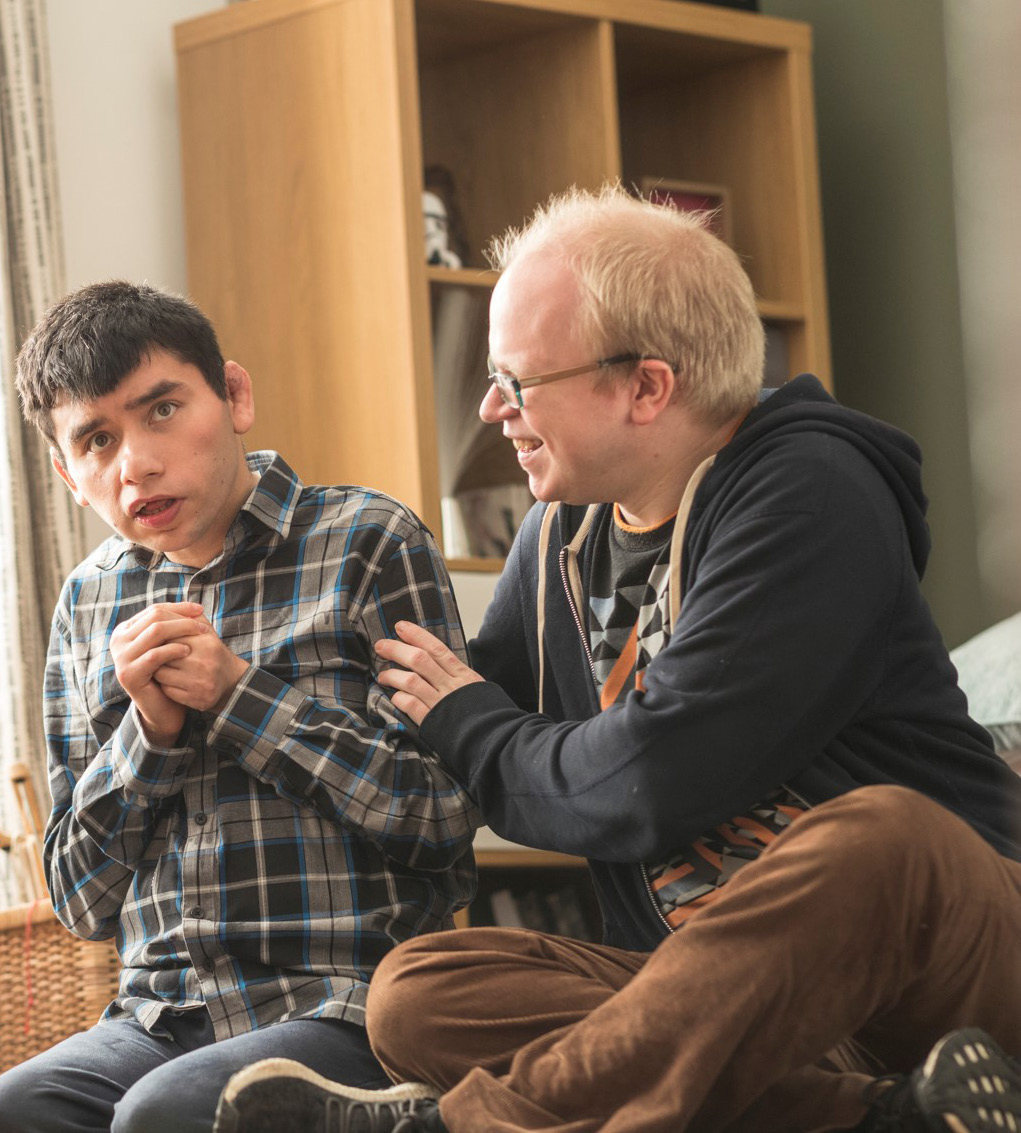 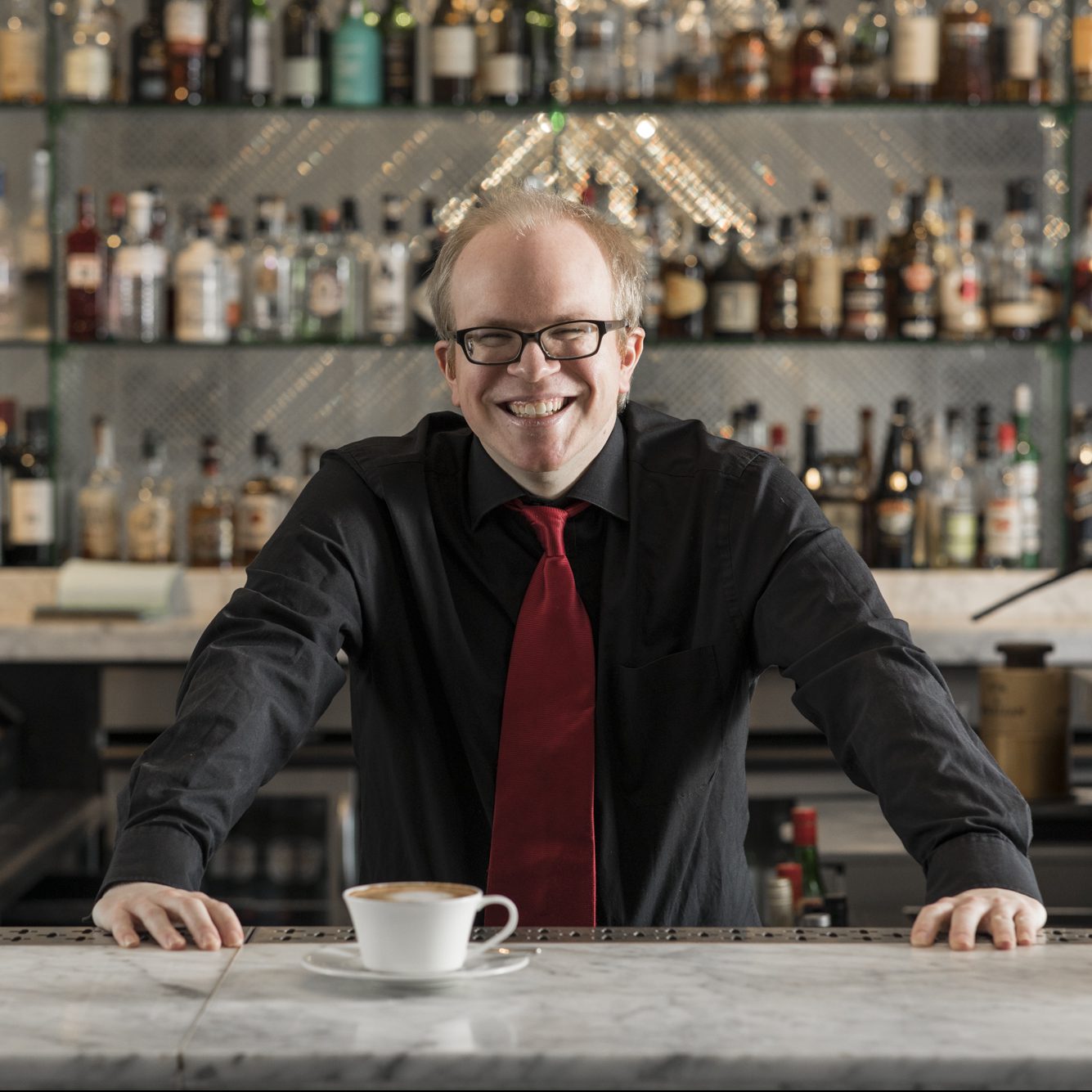 Ken was a Food & Beverage Assistant in the prestigious Blythswood Square Hotel from November 2011 till August 2020. Before that he was a Travel Buddy helping people with learning disabilities to learn new journeys. His main duties at the Blythswood involved keeping the bar stocked and running smoothly but he was also on hand to help the bartenders by serving drinks in the restaurant. Ken’s bright personality and enthusiasm were a big asset to the company. Unfortunately Ken was made redundant during the pandemic. He is available for work immediately. He is always keen to further develop himself so in his own time, he has successfully completed courses in professional bartending, barista skills and hospitality. He has also recently completed training in care so possesses all the core mandatory skills for this type of work. Ken says that working has given him a great sense of pride and has increased his self-confidence. Ken owns his own flat and sees this as the next step in his road to independence. Ken has many different interests outside of work. These include writing electronic music, attending gigs and keeping fit. We are sure that Ken’s career will continue to grow and flourish as he isn’t a man to stand still. Please contact us if you, like us agree that Ken would be an asset to any company.

“Working has given him a great sense of pride and has increased his self-confidence.”

Whatever your story,
we’d love to chat.